As a young child I delighted in our Magnavox HiFi.  I would sit on the scratchy green wool sofa in our den while listening to Rosemary Clooney.  Her album, Rosemary Clooney Sings for Children with its pink background was a clear favorite.  I loved the track, Betsy, My Paper Doll, because I was the lucky recipient of the Betsy McCall paper dolls hidden in the pages of my mother’s McCall’s Magazine.  The other song that spoke to me was The Little Shoemaker because my father was in the shoe business.  At six, it felt like Rosemary Clooney was singing to me personally.  I hadn’t realized Rosemary Clooney was an icon until years later when I watched her sing with Bing Crosby in White Christmas on the Sunday Million Dollar Movie.

Recently I was reminded of that album while walking in Central and Carl Shurz Parks in this time of transition.  On the grass are one- and two year-olds in a safely distanced semi-circle with their caregivers listening to Broadway level singers shaking egg instruments and leading the children in song.  They are singing their hearts out to their young audiences who may or may not be singing along.  Each performer grateful for any gig as theater crawls back from being dark.

How fortunate I was to have enjoyed the musical styling of a great songstress.  And, how lucky these toddlers are to meet up with some of the best singers from around the country. It’s not clear if it’s simply a part of their activity schedule or if the family values the influence of music in our lives.  Either way, I appreciate walking past them remembering the simple touch of my mother’s hand when placing the needle gently on the spinning album even when I asked to hear it again and again.

In addition to Rosemary Clooney, I heard Lena Horne, Harry Belafonte, Ray Charles, Bobby Darin, Julie Andrews, Judy Garland, and many more who allude my memory, crooning through our oak HiFi.  On Sundays we listened to opera on the classical radio station.  That’s when my grandparents visited. We all sat quietly on the same itchy green sofa or love seat.  If we couldn’t be quiet, we had to go play in the basement.  I favored Puccini and Mozart.  The songs felt pretty to me.  But not having an album cover to attempt to read was a limitation that had me go to the basement after an aria or two.

I’m not listening to enough music these days.  It’s time to open-up iTunes and delight in Rosemary Clooney and friends.

It was around 1974. It had to be since it took about four years for my mom to perfect her tennis game.  She played every day at the Cherry Hill Tennis Courts.  She started out at the free outdoor courts in Kressen Woods, but it didn’t take long for my mom to realize that indoor courts were her best bet.    It was winter so playing indoor tennis made sense.  On that chilly  Wednesday I answered the phone, hopeful that a friend was calling.  But it was for my Mom.  The rich, low voice on the other end said he was Gladys Knight’s manager and wanted to see if Arlene, my mom, would play mixed doubles with them. I could not believe my ears.  I wrote down the message, making sure I got the number right. This was way better than any random weekday call from a friend.  When I told my mom she had a message, she first thought it was a prank. But her curiosity got the better of her and she ended up calling back.  Turns out Gladys was headlining at the Latin Casino, the Vegas Style night club that graced the West side of Cherry Hill’s Route 70. Ms. Knight liked to play tennis but they needed a forth.  My mom’s name was offered. 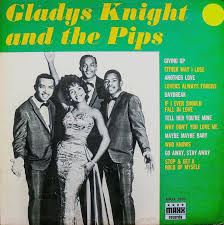 The next day, Thursday, after her regular league, my mom stayed and played mixed doubles with Gladys Knight and two of the Pips on court 14.  It was on the end, and was reserved for games without viewers.  I couldn’t wait until she came home.  She said they were very nice and they were on for another game the next day, a Friday.  Not only that, but they asked her to be their personal guest at their show Friday night. I wanted to ask so much more, but dinner had to get on the table and my chores took priority, at least while I lived in her house. I had fantasies of going with my mom, even though it was a nightclub and I was 14.  My mom was strict, and as far as she was concerned fourteen was closer to childhood than adulthood.  I had a differing opinion, like any good adolescent.

My mom was no expert in making decisions, so she had to think about the offer.  I was amazed she had to think at all, how could she Not see a Motown star’s act?  But the words, “I have to think about it,” usually meant a delayed NO.  And that time was no exception.  She said they were lovely, but there would be too much smoke at the club.  My Mom was a dedicated Camel smoker until I was six, probably when she was pregnant with my brother.  Since then she would cough loudly in any public place, asking anyone within her vicinity to put out his cigarette.  Usually my mom was bashful, but she boldly made her requests much to the chagrin of the smokers.

Fast forward to this summer, and my husband, Larry, has been working at Pier 17, the outdoor venue at The South Street Seaport.  Gladys Knight was headlining last week, and I knew I just had to see her. Larry made it happen.  Everyone at the venue treated me as if I had just played tennis with Gladys. Knight. But they were just great at hospitality. It was a spectacular night.  Before the show, the audience members started coming in. They looked extraordinary. Everyone was dressed up to the nines. It was it’s own show.  Then the band opened the act. In came the star.  Gladys Knight is musical royalty, yet she performs with enthusiasm and a generous heart.  Her voice sounded beautiful, complimented by her excellent band and back-up singers.   My mom might have thought the 1974 show wasn’t for her, but for me, Gladys Knight is a Knight to remember. 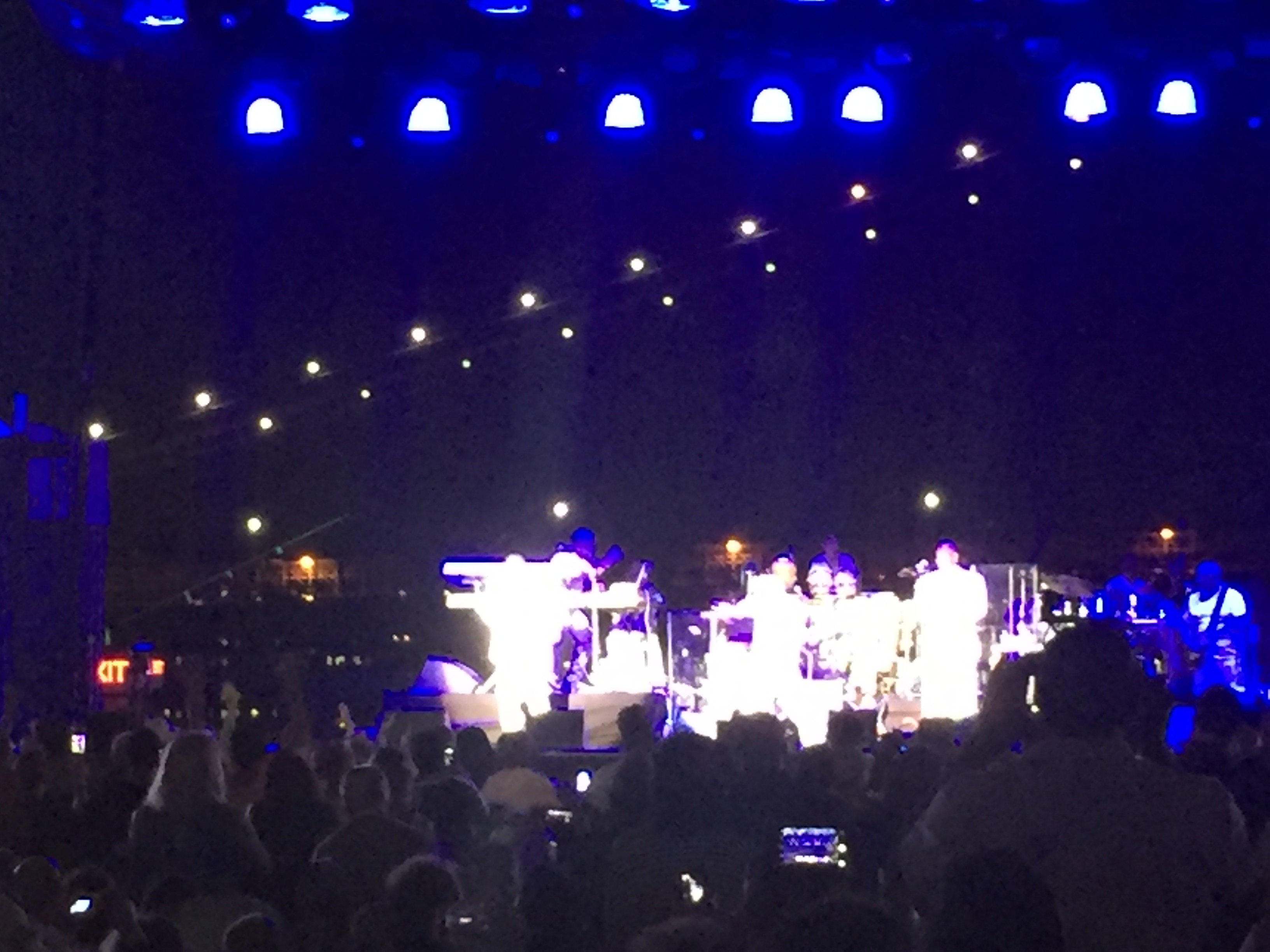 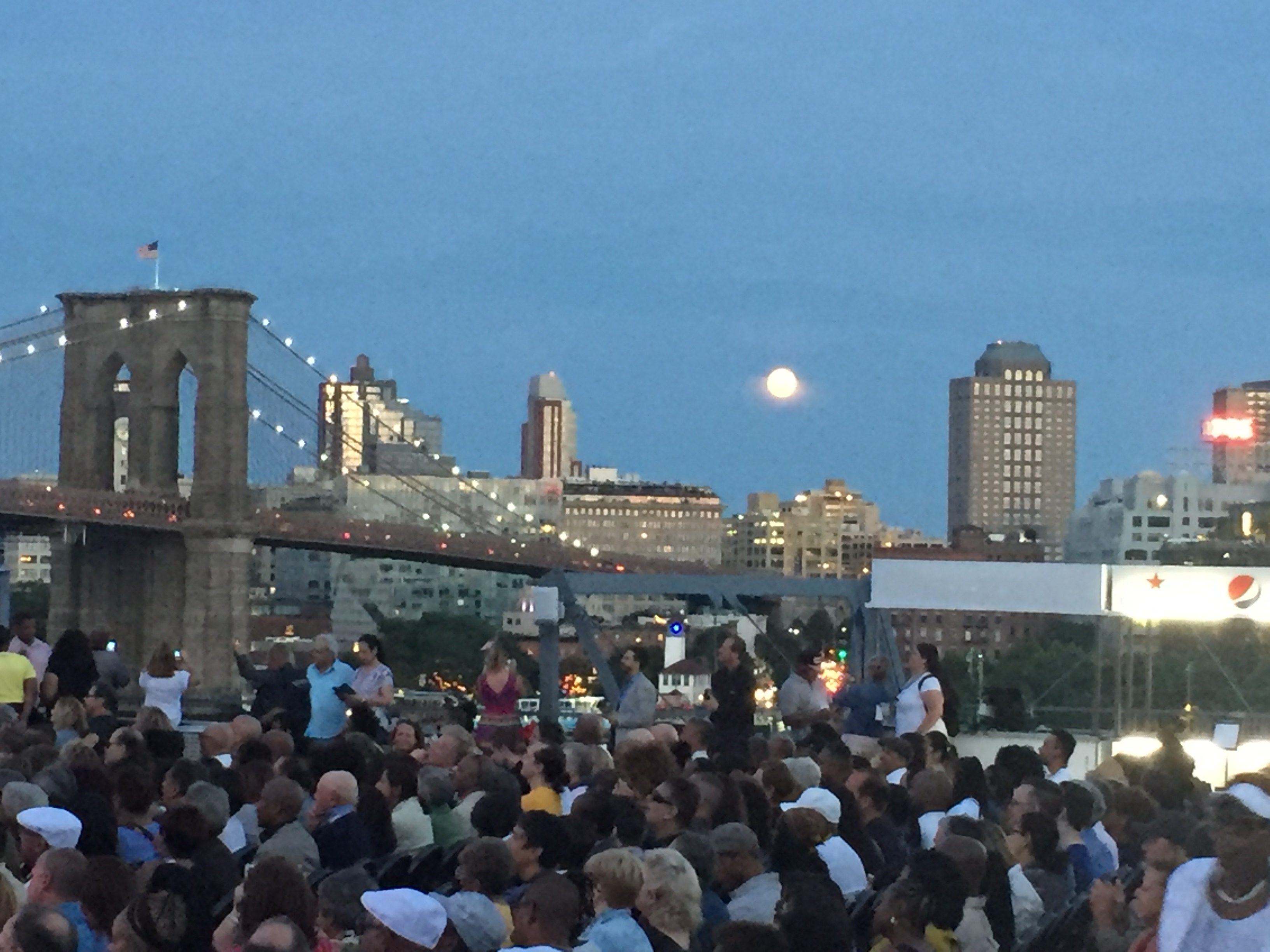 May and June seem to bring important moments in our lives. Just this weekend we traveled to celebrate three graduations, a graduate degree, a bachelor’s, and a high school graduation. My parents celebrated 60 years of marriage. My oldest friend celebrated his daughter’s Bat Mitzvah, and my husband ended his 24 years as an audio-engineer on The Late Show with David Letterman. No matter where he goes next, he won’t be working on David Letterman’s show. These are all major milestones that impact not only the lives of the celebrants, but also of their families, colleagues, and loved ones.

Milestones are so important as they indicate a moment in time when something in our lives shift. We move beyond where we’ve been. But what does it take to reach our milestones? I believe we all have markers that may or may not be more significant than major life events, but they do get us through the day to day so that we can reach our goals. They are the times we just don’t feel like getting up to go to school. Or, it’s a time we had to push ourselves to get a paper done. It could be we don’t understand something and have to ask for help, though don’t really want to have to get that help. We all challenge ourselves in some way or another. We push past our own limitations to get to a better place. Or we have to get up after falling down, sometimes publicly.

I believe in these seemingly small moments we extend ourselves, and we grow. They are the steps needed to reach our milestones. And, as we struggle to learn what we have to do to live a satisfying life, we create moments in which we can privately be proud of ourselves. Sometimes I just don’t feel like getting up, yet once I’m in the park jogging, I revel in the greenery and people I encounter. There are days I haven’t a clue what to write, and I go through drafts of dead-end pieces until I find my voice, even if it’s warbly. My parents may have had to disagree hundreds of times, but they stayed together understanding that the conflicts were not the only aspects that defined their marriage. My husband was fortunate to work with musical legends, but he had to go to work each day knowing there was something new to learn since the guests changed daily. And he showed up even though he wasn’t always certain he’d give them what they wanted. 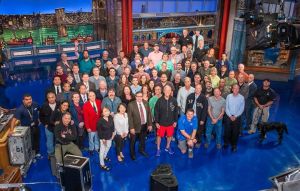 As we all know going to school isn’t always a picnic. Whether we have to take courses in which we are not secure, or whether we have to see people that aren’t nice to us, showing up and getting through the days can be challenging. Yet, in the end, I know Anne and Jake graduated with awards and honors, having faced their own trials.   I am proud of them for their accomplishments. Yes, they graduated, but they did so much more on their journey to graduation. And I am proud of Larry for all he accomplished personally and professionally. It takes work to reach our lives’ milestones, and we can congratulate ourselves for all we do, large and small to reach the end of each day. Each of these days carries us through, creating and shaping our achievements.